With at least 4.5 million Kenyans grappling daily with a society and an economy not prepared for people with mobility, visual, hearing, intellectual or other disabilities, President Uhuru Kenyatta has announced several measures aimed at empowering Kenyans living with disability. The President said the government will put in place measures to ensure that more people living with disability are absorbed in the public service, especially in the top ranks.He was speaking when he graced the 60th anniversary celebrations of the Association for the Physically Disabled of Kenya (APDK), at the organization’s offices on Waiyaki Way in Nairobi.

The new Persons with Disability Bill 2018, approved by Cabinet last week, seeks to empower Persons living with disability so that they can fully utilize their abilities for their personal betterment and collective national progress. pic.twitter.com/VbHAed29S2

The Head of State said that going forward, the government will ensure many more people living with disability will be promoted to senior ranks.

He encouraged the private sector to join in this deliberate effort. The President further said that the new Persons with Disability Bill 2018, approved by the Cabinet last week, seeks to empower Persons living with disability more so that they can fully utilize their abilities for their personal betterment and collective national progress.

Government will put in place measures to ensure that more people living with disability are absorbed in the public service, especially in the top ranks https://t.co/dCaBokvdYH pic.twitter.com/C7kNMiv6n5

He said the Bill tyhat was approved by the Cabinet last week places a positive obligation on both national and county governments to promote and protect all Kenyans living with disability. “In my view, it resets the treatment of these rights and sets on the path to full equality,” said the President who emphasized the need for inclusion of all Kenyans irrespective of their physical condition, gender or ethnic background. The President however expressed concern that planning and resource allocation for the disabled is usually hindered by lack of actual data of people living with various forms of disability.

“We will be ensuring that the Kenya population and housing census next year will accurately and authoritatively determine the population of differently-abled persons in Kenya with specifics as to the particular disability being registered” said President Kenyatta. President Kenyatta lauded the APDK under the patronage of former Vice President Moody Awori saying it has helped people with disability to be self-reliant and earn self-respect. 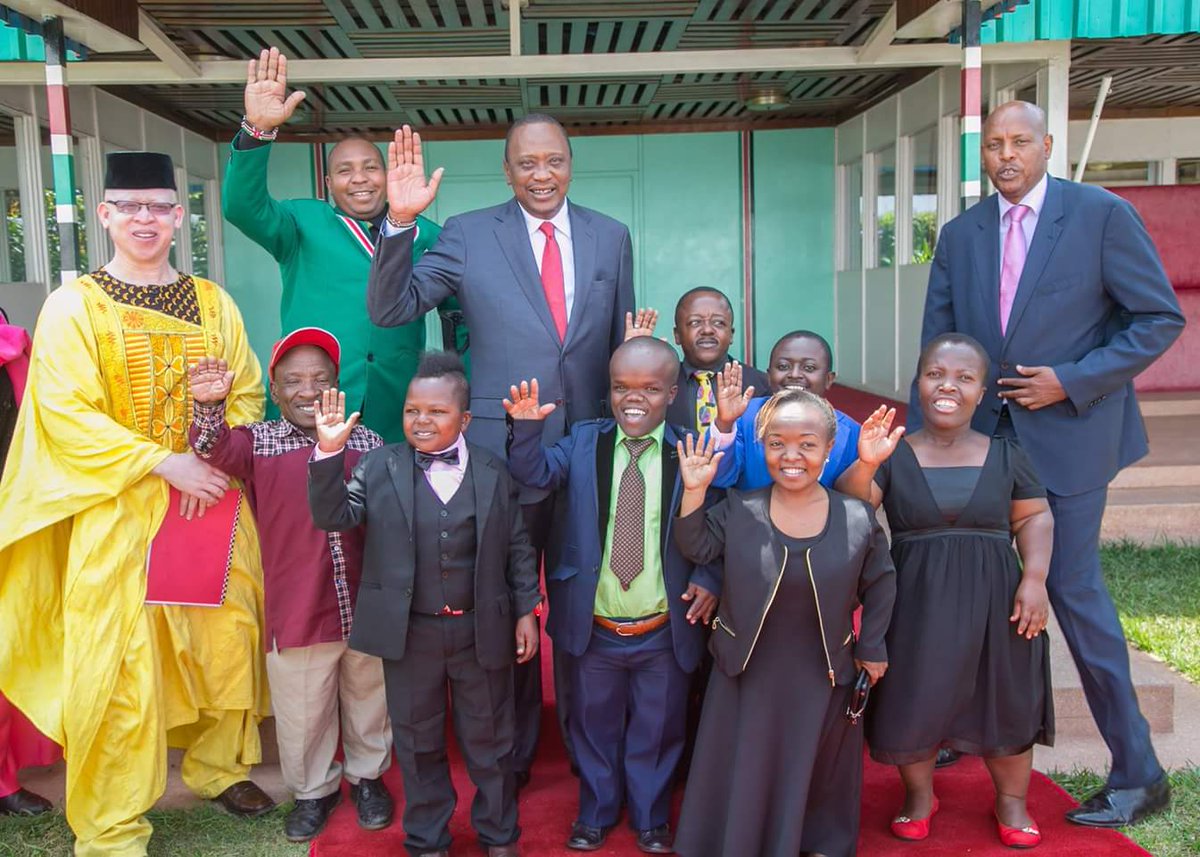 “It is encouraging and indeed exciting to celebrate the work of APDK whose mission over the years has been to achieve equity for a group of Kenyans who are often forgotten,” the President said.

To further APDK’s good work, the President announced that the association will be allocated more resources so that it can produce more mobility devices and appliances to benefit more Kenyans that need them.

It is expected that the Bill will expand affirmative action. It should also penalise discrimination including denial of citizenship and identity documents. Introducing the right of people with disabilities and especially those with mental health challenges to take legal decisions about their lives is critical. The Bill must draw more from wisdom of the trail blazers.