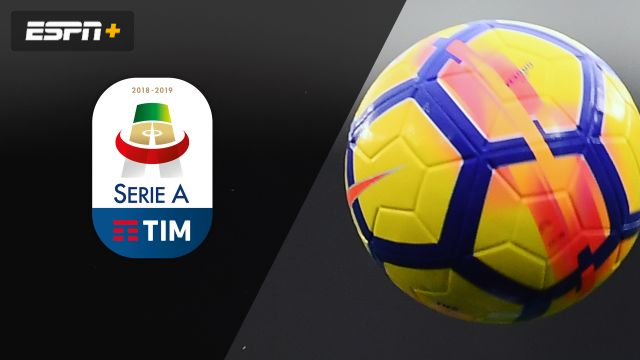 Serie A has postponed AC Milan’s meeting with Genoa and Sampdoria’s hosting of Fiorentina in the wake of the Ponte Morandi bridge collapse.

Italian rescuers searched through the night Wednesday for any survivors under the shattered remains of a motorway bridge in Genoa as investigators probed what could have caused such a catastrophic collapse.

More than 30 people were killed on Tuesday when a vast span of the Morandi bridge collapsed during a heavy rainstorm, sending about 35 cars and several trucks plunging 45-metres (150 feet) onto railway tracks below.

Rescuers spent the night within the tangled remains of the bridge under floodlights and there are fears the toll could rise in what the Italian government has called an “immense tragedy”. 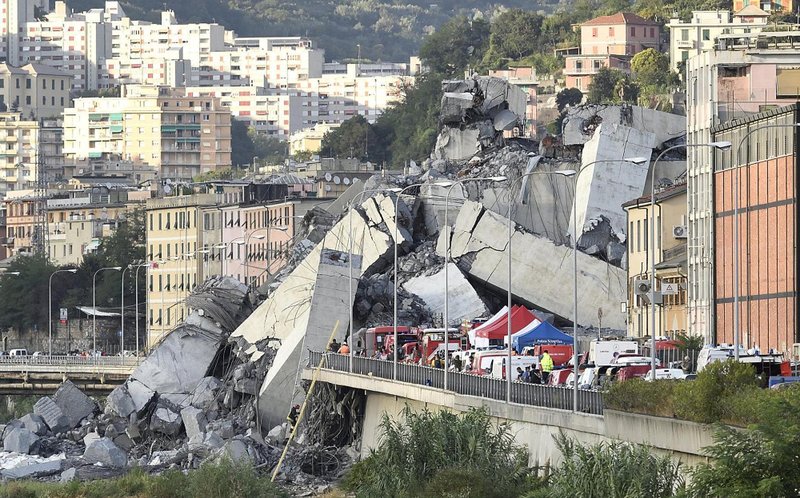 The collapse came as the bridge was undergoing maintenance work and as the Liguria region, where Genoa is situated, experienced torrential rainfall.

“Unfortunately there are around 30 dead and many injured in a serious condition,” Interior Minister Matteo Salvini said on Wednesday, vowing that those responsible would “pay, pay everything, and pay dearly”.

On Wednesday morning, sources in the interior ministry quoted by Italian media estimated that the death toll had risen to 35, including three children aged from eight to 12 years old. Sixteen people are also wounded, including 12 in serious condition.

Italian President Sergio Mattarella said a “catastrophe” had hit Genoa and the whole of Italy.

“Italians have the right to modern and efficient infrastructure that accompanies them safely through their everyday lives,” Mattarella said in a statement.

Rescuers scoured through the wreckage, strewn among shrubland and train tracks, as rescue helicopters winched survivors on stretchers from the ruined bridge.

Between firefighters police and other emergency service, around a thousand people have been mobilised in the rescue effort, according to the Civil Protection service.

“We’re not giving up hope, we’ve already saved a dozen people from under the rubble,” a fire official, Emanuele Giffi, told AFP.

“We’re going to work round the clock until the last victim is secured.”

As cars and trucks tumbled off the bridge, Afifi Idriss, 39, a Morrocan lorry driver, just managed to come to a halt in time.

“I saw the green lorry in front of me stop and then reverse so I stopped too, locked the truck and ran,” he told AFP.

The green lorry was still on the bridge late evening, stopped just short of the now yawning gap.

The incident — the deadliest of its kind in Europe since 2001 — is the latest in a string of bridge collapses in Italy, a country prone to damage from seismic activity but where infrastructure generally is showing the effects of a faltering economy. 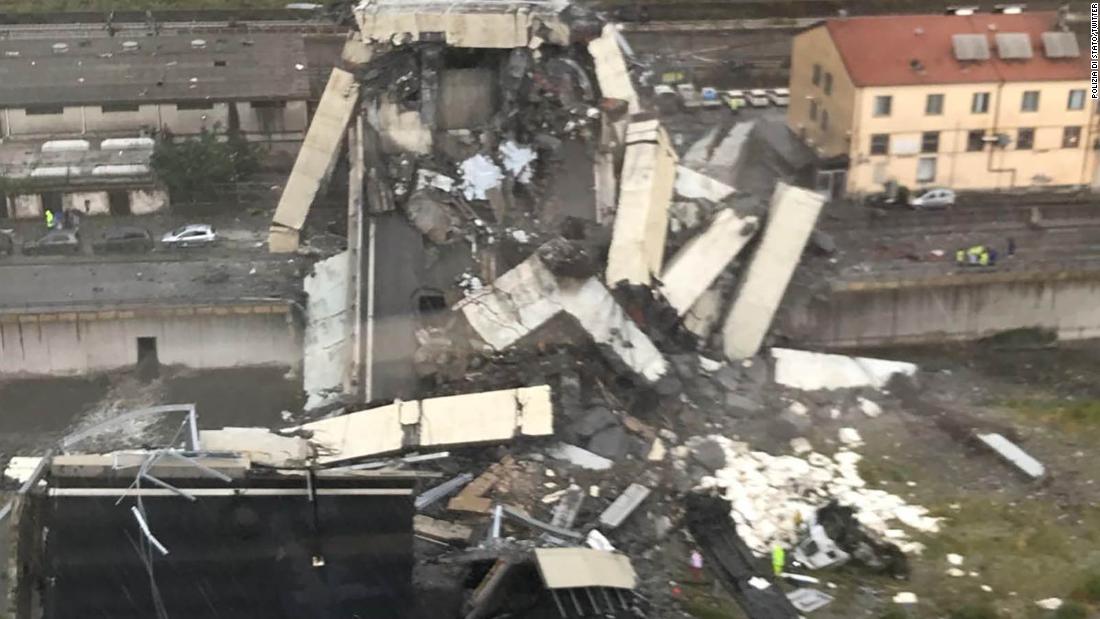 “I’m following with the utmost apprehension what is happening in Genoa and what looks like it could be an immense tragedy,” Transport and Infrastructure Minister Danilo Toninelli said on Twitter.

Salvini, who is co-deputy prime minister and leader of the nationalist League party in the new coalition government, vowed to hold those responsible for the disaster accountable.

“I have gone over this bridge hundreds of times, and I commit to digging and finding out who is responsible for an unacceptable tragedy, because it’s not possible that in 2018 you can work and die in these conditions,” he said.

Italy’s other deputy prime minister, Five Star Movement leader Luigi Di Maio, is expected to arrive at the scene on Wednesday morning, with Salvini to follow in the afternoon.