Arsenal, Liverpool and Chelsea starlets are among the young players you should keep an eye on in the new Premier League season.

While there are a host of big-money signings supporters will no doubt be looking forward to watching, there are also a number of exciting prospects hoping to establish themselves in the division.

We’ve taken a look at 11 young players who could make their mark at their respective clubs this season.

Phil Foden
One of the most highly-rated English prospects, Foden set tongues wagging with his display in Manchester City’s Community Shield victory over Chelsea.

The challenge ahead of the 18-year-old is to force his way into a side which broke a number of records on their way to winning the Premier League last term.

“He was ready last season. Now he is one year on, he is more mature,” Pep Guardiola said. “He was training last season with us and he fought well with all of our players.”

The City boss added: “It is so good to have another player with his talent. He’s a City fan and Mancunian and it is so good for us.” 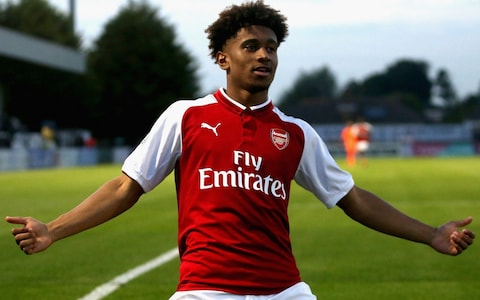 Nelson first set pulses racing last summer and went on to appear 16 times in all competitions for Arsenal, featuring heavily in the Europa League in particular.

Arsene Wenger may have been replaced by Unai Emery, but Nelson is set to earn a new long-term contract after impressing the new manager, according to sources.

There will always be a big question at Chelsea surrounding how much game time young players will be given at Stamford Bridge, but there is plenty of excitement about Hudson-Odoi after a promising pre-season.

The 17-year-old made four cameo appearances last term, but Maurizio Sarri handed the winger a start in the Community Shield defeat to Manchester City.

Alvaro Morata has been suitably impressed, telling The Mirror: “I have never seen a player like him.

Diogo Dalot
Jose Mourinho may not be too happy with Manchester United’s transfer business this summer, but one player he has managed to sign is 19-year-old right-back Dalot.

Despite having just seven first-team appearances to his name for Porto, Dalot arrived in a £19million deal, with Mourinho gushing: “In his age group, he is the best full-back in Europe.

“He is an extremely talented young defender with all the qualities to quickly become a great player for this club.

“He has all the attributes that a full-back needs: physicality, tactical intelligence and technical quality, combined with a Porto academy mentality which prepares players for the maturity they need at the professional level.”

An injury means he will not be available until September, but with Mourinho criticising Antonio Valencia’s fitness after “too much holiday”, Dalot may not have to wait too long to be given a chance. 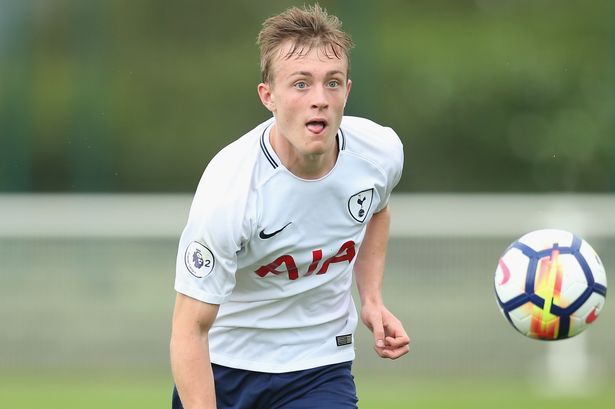 Skipp was one of 10 Tottenham youngsters challenged by Mauricio Pochettino to force their way into his first-team plans during the pre-season tour of the USA.

The 17-year-old midfielder was given plenty of minutes against Roma, Barcelona and Milan, catching the eye of his more establish team-mates – most notably Christian Eriksen.

In an interview with Football London, Eriksen said: “I think the guy who’s the youngest is probably Skippy, who’s really taken the game in his hands and is trying to do his thing. He’s been very good.

“He’s an all-round midfielder. And I think with a lot of training, as he gets older, he will be there.”