Primary school heads on Monday blamed the Kenya National Union of Teachers (Knut) for the chaos that rocked the first day of their delegates conference over a Sh500 monthly subscription fee.

Mr Sossion, however, refuted the claims. “If an organisation engages in its own conflicts and fights, how do I come in? I don’t know what is happening, I have no idea, I have just arrived in Mombasa. I have not seen any Kepsha member,” he said.

He said he will attend the Kepsha meeting, where he is scheduled to address the teachers, on Thursday.

Yesterday, pandemonium erupted minutes after Mr Ndolo made his remarks and called for amendments to the Kepsha constitution.

The school heads questioned how the Sh500 monthly subscription fee is used and called for a reduction. The association raised the fees from Sh100 to Sh500 last year.

“Chapter 6 is on office bearers, membership and elections. The Kepsha constitution stated that it will be reviewed every 10 years,” Mr Ndolo said. But the delegates were opposed to the amendments, saying: “We won’t move forward until you tell us how you spent the money.”

Mr Ndolo termed the demand nonsensical, angering the headteachers, with some walking towards the dais. Others threw bottles and sprinkled water on the table where Mr Ndolo and other officials were seated, demanding an apology.

After an intervention, Mr Ndolo apologised to the delegates, but his pleas fell on deaf ears. He was whisked away to a room to allow the tension to cool down as the headteachers called for his impeachment.

The association uses the fees to run its affairs. It has a membership of 23,000 delegates, meaning it collects more than Sh11 million monthly if each pays Sh500.

In a separate interview with journalists, Mr Ndolo said he will not heed to the calls by some of the disgruntled members to quit. “My presentation was acknowledged by the teachers, but my deputy went to the dais and provoked the members,” Mr Ndolo said. 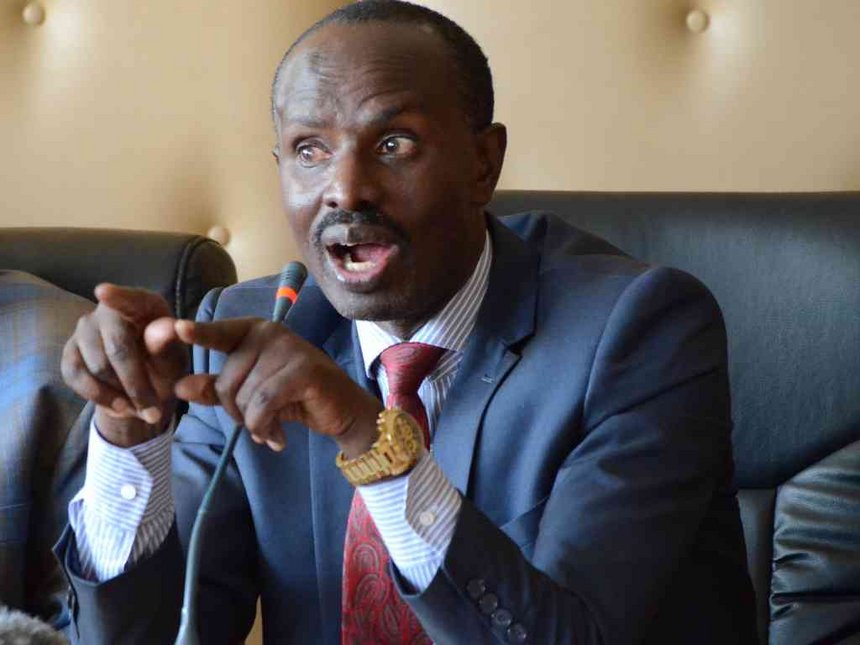 On the monthly deductions, Mr Ndolo said it was a resolution passed during last year’s meeting. “Why are they revisiting the issue? Somebody must have poisoned their minds,” he said.