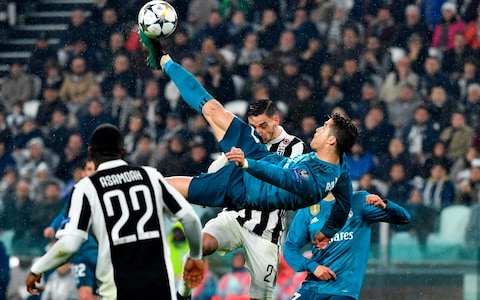 Cristiano Ronaldo is among the nominees for the UEFA Goal of the Season prize.

The Portugal superstar is one of 11 candidates in the running for the award following his stunning overhead kick for Real Madrid against his new club Juventus in last season’s Champions League.

Only one goal from each UEFA competition is nominated, so Ronaldo has been selected ahead former team-mate Gareth Bale, who scored a similarly acrobatic effort in Madrid’s Champions League final defeat of Liverpool.

Ronaldo’s compatriots Goncalo Ramos, Paulo Estrela and Ricardinho are also on the shortlist, along with Denmark playmaker Christian Eriksen.

Supporters can watch all the goals and vote for their favourite on the UEFA website. The award was won by Mario Mandzukic last year, while Lionel Messi claimed the honour in both 2015 and 2016.

UEFA Goal of the Season nominees in full:

Ironically, Ronaldo has already made the switch to the Italian giants form Real Madrid and will be looking to win a fourth consecutive Champions League title this season with the Old lady.

Cristiano Ronaldo wasted no time in presenting himself to the Juventus faithful, scoring in his first appearance in the Bianconeri shirt after less than 10 minutes on the field.

Having taken extended leave after the 2018 World Cup and his move from Real Madrid, the Portugal striker was finally introduced to fans in Sunday’s friendly against the club’s Primavera side. 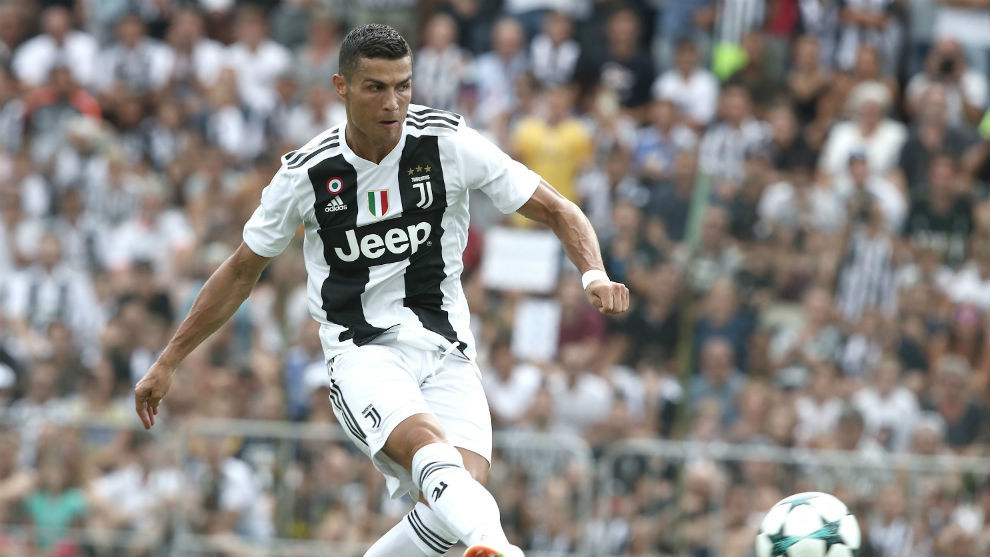 The match is a traditional curtain-raiser in Turin, and gives potential first teamers the chance to test themselves against Juve’s young hopefuls.

And Ronaldo certainly showed no signs of rustiness after his break as he opened the scoring for the first team just eight minutes into the game.

After latching on to Federico Bernadeschi’s long pass, the forward found himself in blissful solitude in front of goal as he broke Primavera’s offside trap.

He then converted in emphatic fashion, blasting the ball into the roof of the net to put his men 1-0 up.