A source said: ‘Priyanka has sent out messages to close friends and family members to set aside time on August 18 for a party. It’s exactly a month after her birthday and those close to the Quantico actress feel that she may make an official announcement about her relationship status at the bash. ‘However, the venue of the do has been kept under wraps.’ A source added to People: ‘[Nick] and his family are going to India to meet her family.’ Priyanka is currently in Mumbai where she is filming The Sky Is Pink, while her rumoured fiance was spotted in Miami over the weekend celebrating his brother Joe’s 29th birthday. Jealous singer Nick reportedly proposed to Priyanka while in London for the actress’s 36th birthday, after shutting down a Tiffany store in New York to choose the perfect engagement ring. 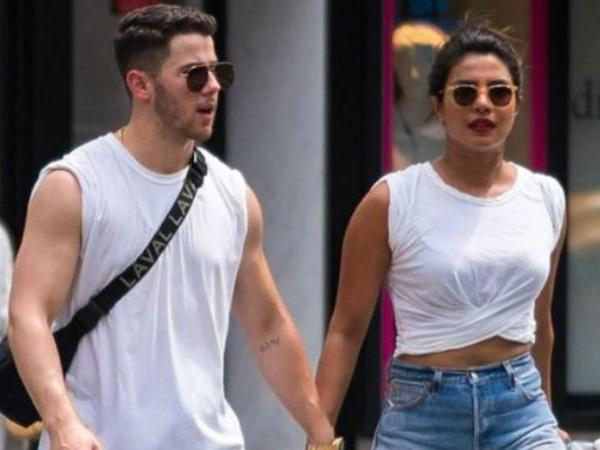 While neither star has confirmed the engagement, Bharat director Ali Abbas seemed to do so when he cryptically referred to Nick while announcing that Priyanka had left the project. Abbas tweeted: ‘Yes Priyanka Chopra is no more part of @Bharat_TheFilm & and the reason is very very special , she told us in the Nick of time about her decision and we are very happy for her … Team Bharat wishes @priyankachopra loads of love & happiness for life.’ Nick and Priyanka first sparked romance rumours at the 2017 Met Gala when they walked the red carpet together – however, Quantico star Chopra claimed it was because they were both dressed in Ralph Lauren. However, in May this year, it was reported that the pair were ‘casually dating’ – which soon rocketed to ultimate bae behaviour when Priyanka attended Nick’s cousin’s wedding. Priyanka Chopra dodged questions about her relationship with Nick Jonas at a recent public appearance. The Quantico star was speaking at Dehli’s Taj Palace Hotel Dhaula Kuan at an event called Challenging the Status Quo and Forging New Paths when a question alluding to her love life came up. Priyanka stressed that ‘my personal life…is not for public consumption’ as she easily swerved answering anything too close to home. E! News quotes her saying: ‘Ninety percent of my life is for public consumption, but 10 percent is for me. I’m a girl; I have the right to keep that to myself. ‘My family, my friendships and my relationships are things I don’t think I need to defend or explain to anyone. ‘I am not running for office, so I don’t think I need to give explanations.’ 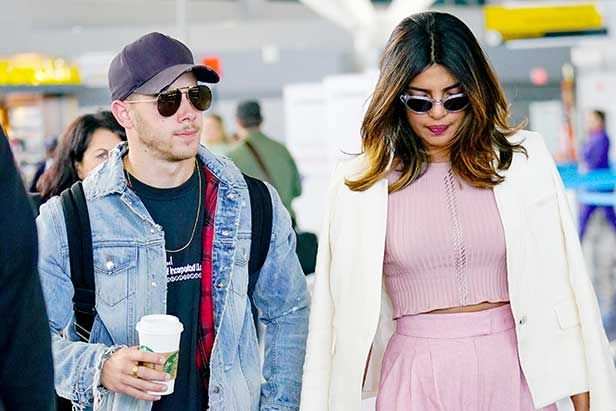 She added: ‘Sometimes I laugh, sometimes I get annoyed. Mostly I tell my publicists, “Let it be. Today’s news is tomorrow’s trash.”‘ Priyanka and Nick are believed to be engaged but the news hasn’t been confirmed by the couple. Priyanka supported her musician boyfriend at his MTV concert in Singapore earlier this week. The Quantico actress was spotted dancing along to her rumoured fiancé’s set from the front row of the MTV Spotlight in Singapore. Nick performed alongside the likes of Alessia Cara, Afghan and Slot Machine on the Hyperplay stage.