All over the world, there are millions of young children who want to follow in their parents’ footsteps when they grow up, and it seems in football there is no difference.

Some players, such as Kasper Schmeichel or Daley Blind, have done well to manage the pressure their family name brings, as the former helped his Leicester City side win the Premier League in 2016. 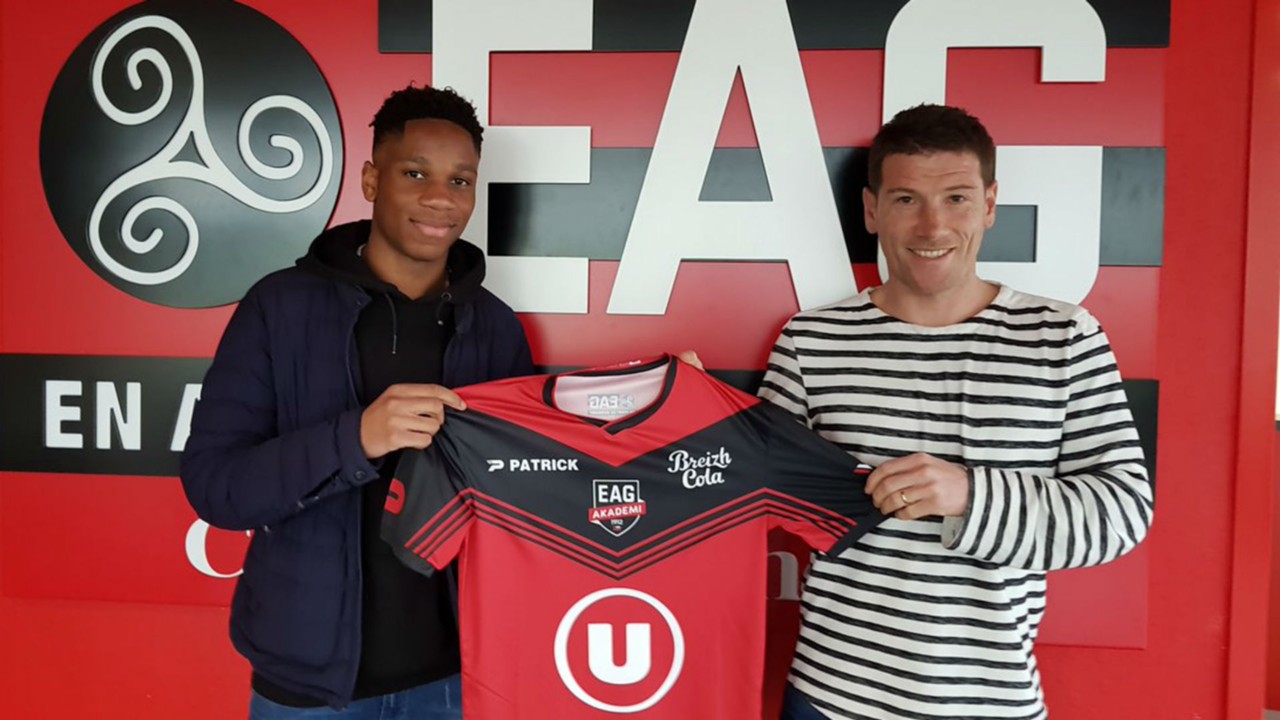 As a youngster, the Danish goalkeeper was videoed playing football in the halls of Old Trafford with another famous son, Tom Ince, who has also gone on to play in the Premier League.

But across Europe, there is a new batch of players, fathered by some of football’s greatest, who are trying to make their name in the sport while juggling the pressure of their father’s success.

While some are performing better than others, all still have a long way to go in their careers.

Here are 12 footballers currently playing in Europe, looking to follow in the footsteps of their fathers.

One of Roma’ss most exciting young players, Justin Kluivert has been tipped to follow in the footsteps of his father Patrick, despite being just 18.

Having made his first-team debut last season, the Dutchman has played 56 times for Ajax in all competitions so far, scoring 13 goals.

The 18-year-old’s form earned him a place in the Netherlands squad for their friendlies against England and Portugal, with father Patrick admitting he might cry should a debut come – lo and behold, Justin made his debut against Portugal making the Kluiverts the first teenager father-son debutants in Netherlands’ history.

Kluivert made a move to Italian giants A.S. Roma during the 2018 summer transfer window for €17.25 million.

A former Ajax and Barcelona striker, Patrick Kluivert is widely regarded as a football icon in the Netherlands and around the world, scoring 199 club career goals, while winning titles in Spain and the Netherlands, including the Champions League with Ajax in 1995.

Son of Lilian Thuram, Marcus is currently playing in Ligue 1 with Guingamp as a striker.

Joining from Sochaux last summer, the 21-year-old scored three times in the league last season in 32 appearances – 20 of which have been starts.

A French legend, Lilian Thuram retired as the most capped player in the history of the France national team with 142 appearances between 1994 and 2008, winning the 1998 World Cup and 2000 European Championships.

The defender spent a large part of his club career playing in Italy with Parma – where his son Marcus was born – and then Juventus.

Another famous footballer’s son playing for Guingamp, Isaac Drogba joined the French side in February after leaving the Chelsea academy.

Joining the Ligue 1 side’s academy, Isaac is following in the footsteps of father Didier Drogba who played 50 times for Guingamp before moving on to Marseille, and then Chelsea.

Hailed as one of the best strikers of modern football, Drogba won the majority of his trophies over two spells with Chelsea, including four Premier League titles, four FA Cups, three League Cups and also the Champions League – which saw him score a late equaliser and the winning penalty against Bayern Munich in the final.

One of four sons of Zinedine Zidane, all of whom have followed their father into football, Enzo Fernandez is currently trying to make a name for himself away from Real Madrid – where his career started.

Signed by Swiss club FC Lausanne-Sport from Alaves in January, Enzo is now on loan at CF Rayo Majadahonda.

The other three of Zidane’s sons – Luca, Theo and Elyaz – are currently playing for Real Madrid at various levels, with Luca bucking the trend and playing in goal.

However good the quartet turn out to be, they will have a hard time living up to the Zidane name, with Zinedine widely regarded as one of the best footballers ever to grace the game.

Having grown up in the United States, Timothy Weah moved to France in 2014 playing for Paris Saint-Germain before signing with the first-team three years later.

Playing mostly for the club’s reserves and youth sides, the 18-year-old striker made his first-team debut in March 2018 coming off the bench in a 2-0 win over Troyes and scored his first goal for the club in the Trophee des champions against Monaco. He also received his first senior call-up to the USMNT in the same month.

Now president of Liberia, George Weah made his name as a centre-forward with PSG, winning all that was on offer domestically, as well as the 1995 Ballon d’Or.

A frequent starter for Fiorentina, striker Giovanni Simeone is showing the potential to be a top-flight European striker.

Scoring 14 goals in 40 appearances over the 2017-18 campaign, the 23-year-old had been linked with a move to join Atletico Madrid, where his father Diego Simeone is the manager.

“The player I’d like to coach is my son Giovanni,” Diego said in October 2017.

“I love his skills, I think he can become a great striker. He is physically strong and he runs up and down the pitch, he works for the team and is hungry to win games.”

Spending most of his club career playing across Europe, Diego won the Italian title with Lazio and the La Liga title with Atletico Madrid – with whom he would later make his name as a manager.