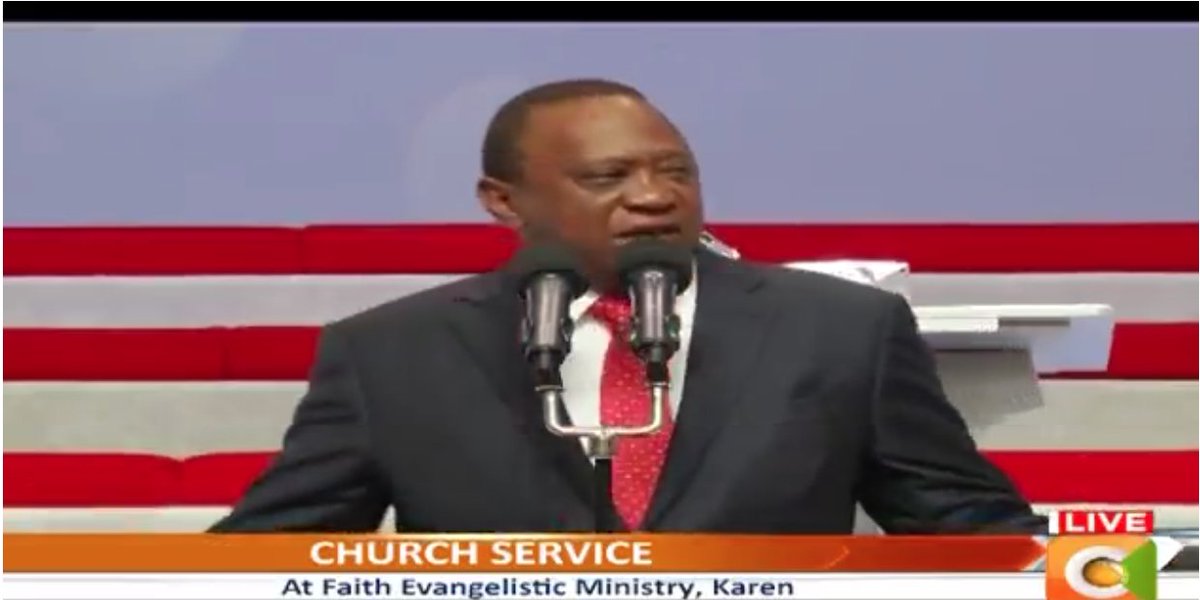 President Uhuru Kenyatta has said he is not considering going slow in his fight against corruption, even if it comes at the cost of losing friends.

Speaking during a Sunday service at Faith Evangelistic Ministry church in Karen, Nairobi, the President said despite losing many friends over the ongoing demolition of structures built on wetlands, the exercise will go on.

“Over the last few weeks I have lost so many friends. I have received many calls being asked ‘how can you sit and just watch all this destruction going on. You must stop it.’ But I said, ‘it is difficult to stop, not because we love to destroy but because we must fight impunity’”, said President Kenyatta.

He warned those involved in corruption that neither money nor political connections will save them from course of the law.

“Let us lose our friends and do what is right in the eyes of God. We shall gain other friends as we move forward. Let us create a society that respects and treasures hard work and integrity, a nation with a conscience,” he added.

A number of property put on riparian land in Nairobi have been brought down this week as the National Environment Management Authority’s (Nema) quest to reclaim illegally occupied wetlands in the city.

The national environment watchdog has so far demolished structures on riparian land in Nairobi’s Kileleshwa area, Langata Road and Westlands.

Police have since established a special desk at the Directorate of Criminal Investigations Headquarters where the owners of affected buildings in the demolitions are required to present any approval documents granted to them by authorities. According to Governor Sonko, Better be a one term governor and leave a legacy than entertaining grabbing of public land and utilities”. He instructed that those on grabbed lands should remove their valuables from the public utilities with immediate effect The Governor further ordered that all grabbed land in all the estates within Nairobi that were reserved for playgrounds should be returned to the government.

Sonko was adamant that those who conspired to approve building plans on public utilities would be prosecuted alongside the suspected land grabbers.

This directive also includes public social halls, all encroachments on public land including houses constructed on sewer lines and the Nairobi water pipe-line. Sonko additionally revealed that his own plot in Buru Buru Estate and another belonging to a former MP are among those on county public roads and will be relinquished. The Governor also listed Gigiri and Ruaraka fire-stations, Highridge Hospital in Parklands and the New Muthaiga Thigiri Ridge County Dispensary and Nursery School. Other school lands on Sonko’s list include St. Catherine Primary, Buruburu Girls, Martin Luther Primary, Kamkunji Secondary and Langata Secondary.