The Manchester United rivalry with fellow Premier League side Arsenal is one that has been ongoing for decades. Both sets of fans do not see eye to eye with each other and derive pleasure from the other’s misery.

The banter was in full flow on Sunday as Manchester United thrashed Chelsea 4-0 in their first Premier League match of the 2019/2020 season while Arsenalsaw off a stubborn Newcastle 1-0. 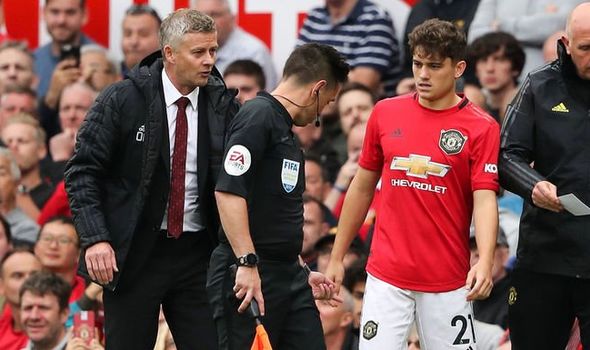 Manchester United’s new summer signing, Daniel James came off the bench to make his Old Trafford and Premier League debut. He occasion turned out to be the stuff of dreams for the young winger as he scored Manchester United’s 4th goal to pile on Chelsea’s misery.

Arsenal, on the other hand, gave a debut to record signing, Nicholas Pepe but the Ivory Coast winger could not get on the score sheet. Comparisons of the two on Twitter(Especially from manchester United fans) were nothing short of hilarious.

Nicolas Pepe without Ligue 1 and 12 penalties a season. pic.twitter.com/kUMJFGojTI

May you not invest wrongly especially Instalmentally.

Daniel James bagging against the top 6 in 15 mins meanwhile Nicolas Pepe dropped a disasterclass against Newcastle.

The banter will not end anytime soon which should make for an interesting season ahead. Next up for the Red Devils is an away trip to Wolves on Monday while Arsenal host Burnley at the Emirates on Saturday.