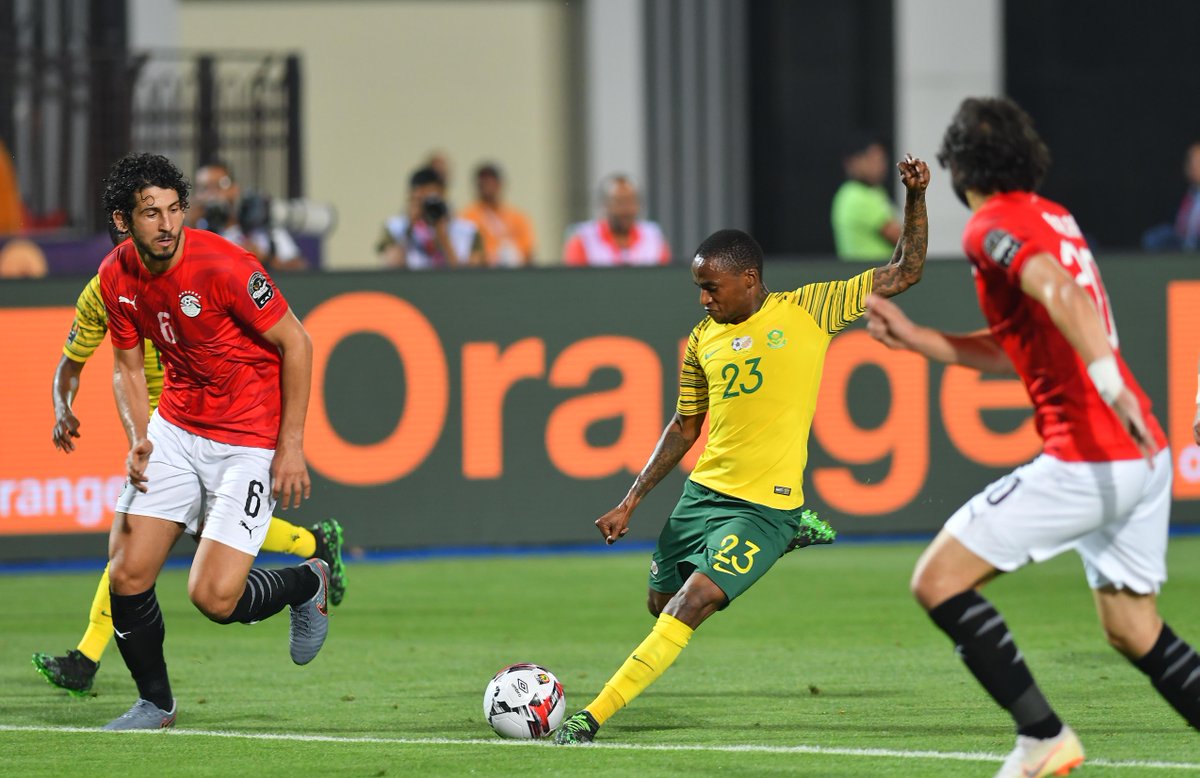 A brilliant counter-attack from South Africa that saw Lebo Mothiba feed forward Thembinkosi Lorch the ball who finished with perfection to stun the 70 000+ at the Cairo International Stadium bundling the hosts out of the tournament.

The South Africans looked like the underdogs in the second half but it was clear their opponents were running out of energy which is what the Bafana Bafana boys took advantage of to kick out the Pharaohs off the tournament.

GOAL!!!
Egypt 0- 1 South Africa
Egypt are out of the tournament
A brilliant counter-attack from South Africa sees Lebo Mothiba feed Thembinkosi Lorch the ball and he finishes with perfection 🔥🔥#AFCON2019 #EGYRSA https://t.co/JjfWJxMn91

Making their appearance for the greatest tournament in African soil for their 24th time, Egypt, the favourites started their attacks in the early minutes of the match with Liverpool forward, Mohammed Salah’s strike getting shoved away in the 4th minute. 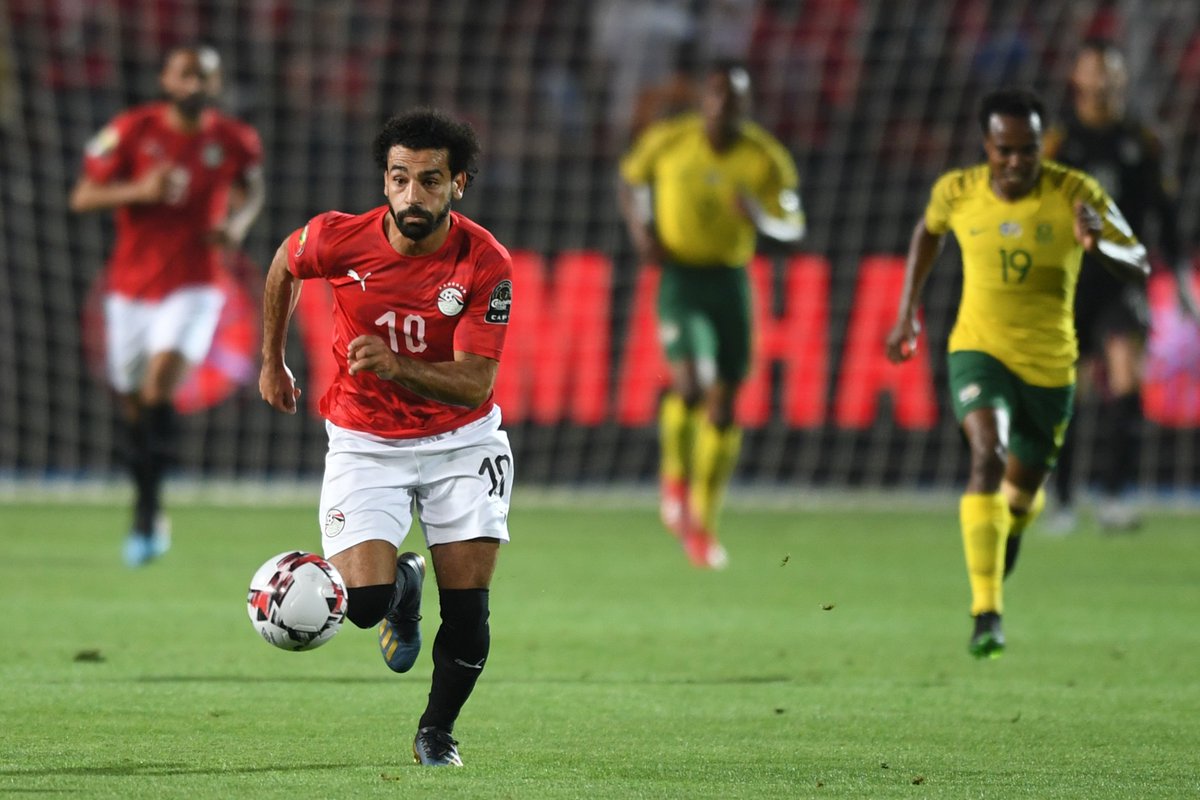 Mohamed Trezeguet never gave the Bafana Bafana a soft time getting a foul for his side in the seventh minutes outside the box but the strike goes above the goal bar.

The Pharaohs open up the Bafana Bafana defence in the 15th minute but Motiba cuts off the good run from the hosts who attacked in retaliation but the Egyptian goalkeeper stopped the attack out of his long-time experience. 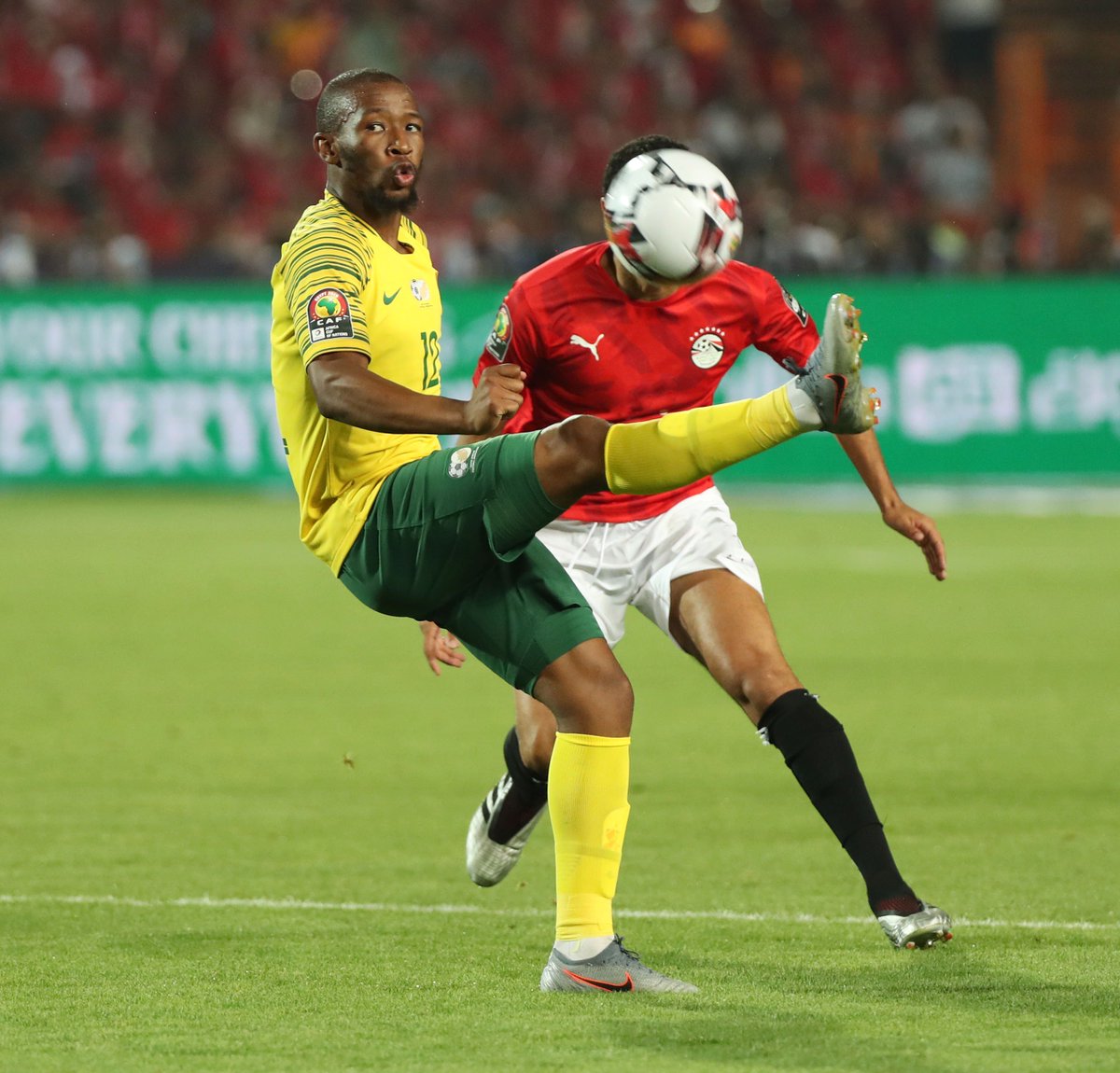 A good run by the Baxter boys, ended in a foul just less than 3 strides from the goal after Mokotjo was fouled by an Egyptian defender but Tau’s kick is saved and taken out by El Shenawy.

Kasimpasa’s midfielder and one of the dependable players for the Egyptian side Trezeguet missed a chance to take his side ahead after he was left all alone with the goalkeeper in the 24th minute failing to strike but taking a back pass. 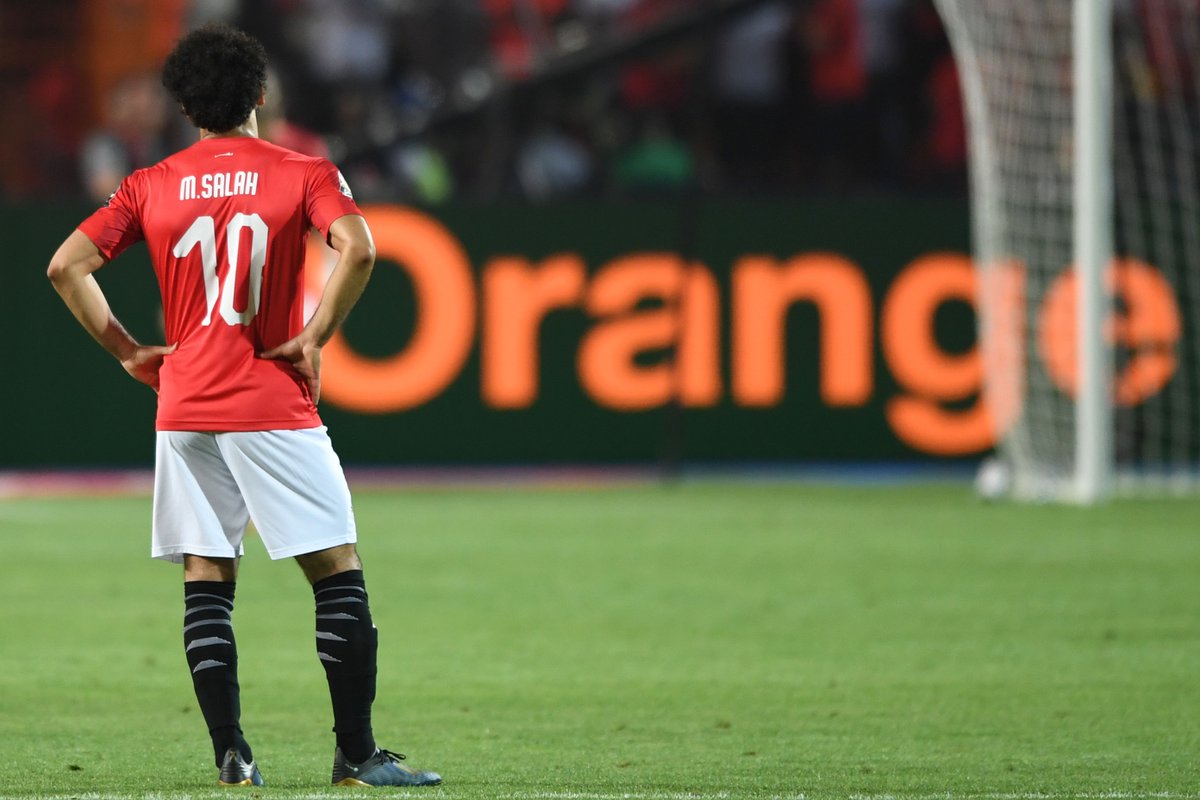 South Africa lacked the manners of a guest in the better part of the first half, never letting the hosts rest and attacking from every side of the field, despite being viewed by many as the underdogs in the match.

Trezeguet missed a clear and clean chance in the 57th minute which was the second dangerous attack from the Pharaohs taking it as it did come making it a full hour without a goal for either of the sides. 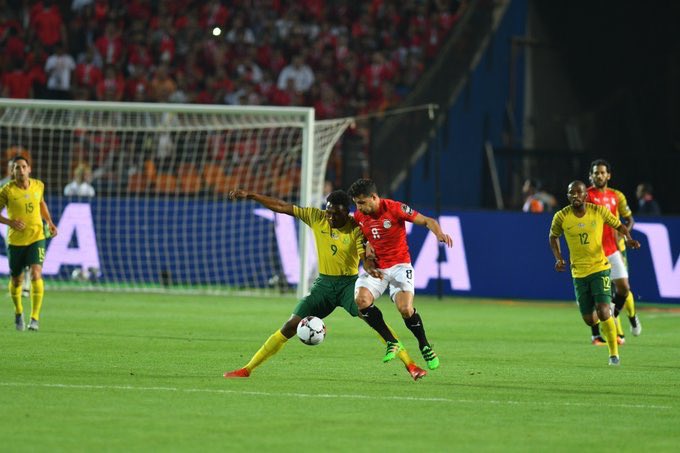 Orlando Pirates forward Thembinkosi Lorch did a big blow to the hosts five minutes into the game’s full time after netting the lone goal for the visiting side that bundled out the hosts and seven times winners.

The match appeared easy before the start of the match with many rooting for record seven-time champions Egypt overwhelming favourites to defeat poorly performing South Africa but the latter proved a hard side to easily defeat the hosts. 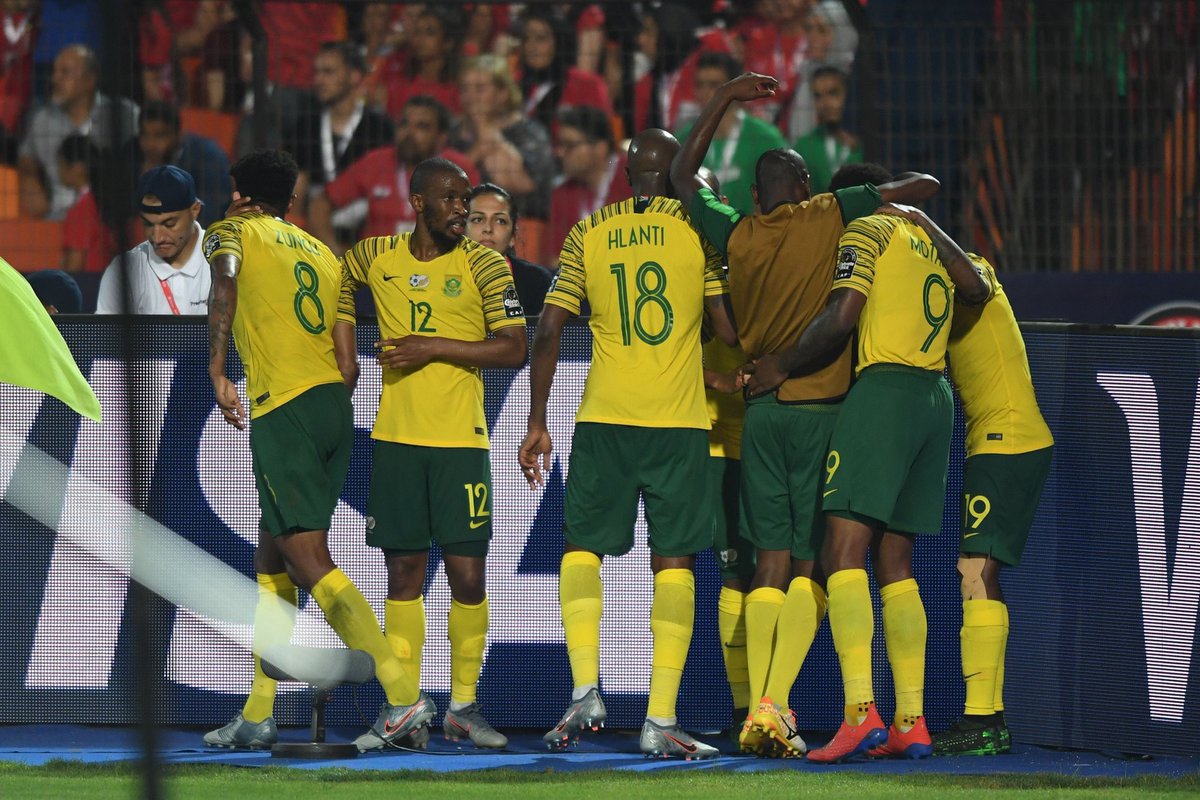 Egypt who were making their 24 appearances in the 32nd edition of the tournament and 7-time winners controlled the game for the better part of the game.

While the Pharaohs won all their three groups stage matches without conceding even a single goal, the Bafana Bafana boys miraculously sneaked into the last sixteen as the lowest of the best four third-place qualifiers, the contrast between the two sides speaks for itself even before the two meet tonight. 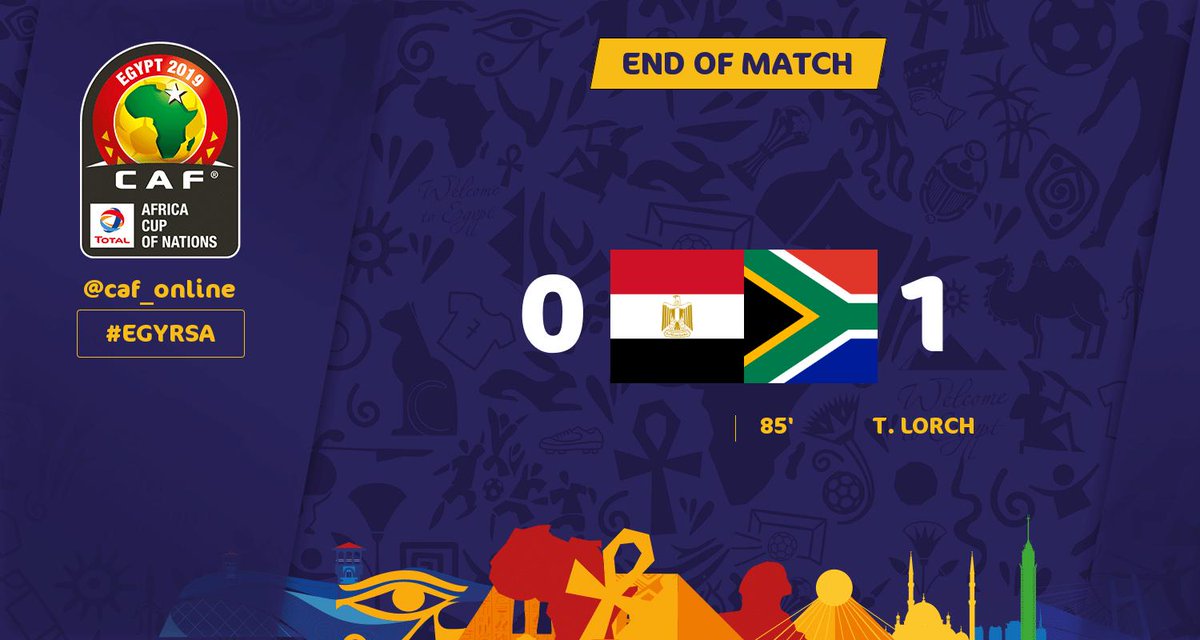 Differently, the South Africans did not have even a single goal attempt on target in losses against the Ivory Coast and Morocco but the coach Stuart Baxter see things differently.