Rashid and Fatuma reportedly engaged in a heated discussion at the Parliament parking lot before he (Rashid) physically assaulting her as legislators and security officers watched from a distance.

An angry Rashid landed on Fatuma, who is a member of the budget committee after she allegedly failed to allocate any money to his Wajir East Constituency during the recent visit by the budget team.

A Photo that has since gone viral has shown Fatuma Gedi in tears and with some visible injuries.

Feminists will bombard this streets with all manner of hashtags. Wacha Katambe! pic.twitter.com/DVFpuQ47Uc

According to Gedi, she was assaulted at around 9.50 am while in the company of Homa Bay women rep. Gladys Wanga.

“It was about 9.50 am I was with Gladys Wanga (Homabay woman representative) when I met the Honourable member. We just said hello and he asked me how comes we did not put anything for him in his constituency and I told him you were not there and you were the host MP and you did not mobilise your people to come and present their case,” Fatuma told a local newspaper.

She added; “He called me stupid and nonsense and then he beat me. I was shocked, I could not believe it. He came again and hit me.” 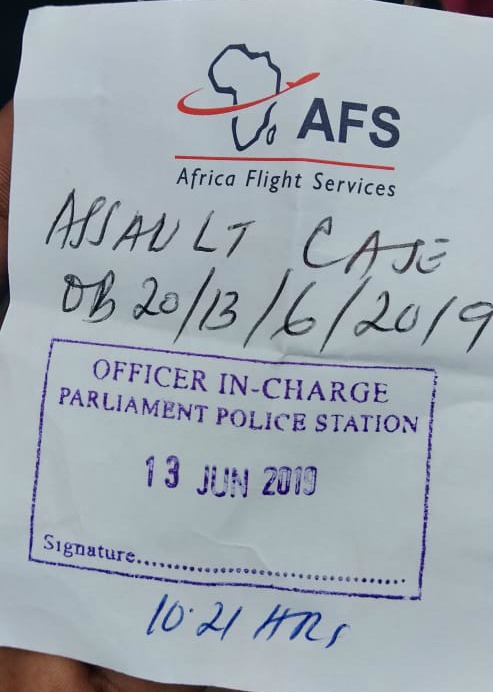 Gedi was rushed to Karen Hospital where first aid was administered before recording a statement at Parliament Police Station under OB 20/13/6/2019.

Contacted Amin did not deny or confirm the assault allegations only saying he will respond to the Police.

“Treat it as a rumour, I will respond to the police,” he said.