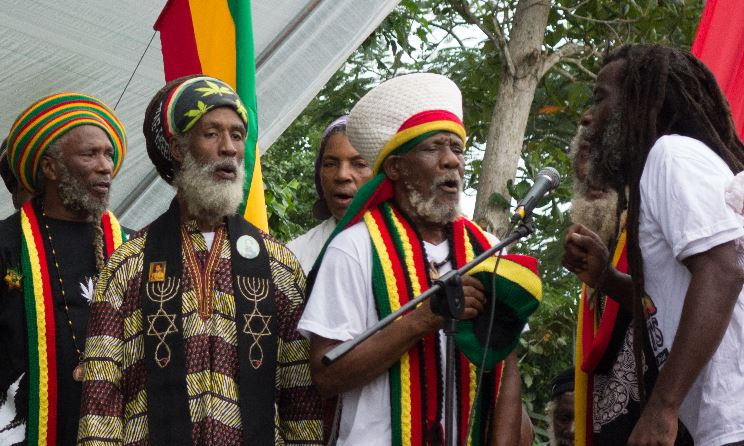 We have many ‘fake’ Rastafarian who knows little or nothing about the movement,they call themselves ‘waras’ because to them they find it cool to be associated with the movement.

Having dreadlocks , smoking weed does not qualify you a Rastafarian.

Perhaps this article will help many to understand the history of Rastafari movement.

Rastas refer to their beliefs, which are based on a specific interpretation of the Bible, as “Rastalogy”. Central is a monotheistic belief in a single God referred to as Jah who partially resides within each individual.

The Rastafari movement began in Jamaica during the 1930s following a prophecy made by Marcus Garvey, a black political leader. Garvey led an organisation known as the Universal Negro Improvement Association, whose intention was to unify blacks with their land of origin.

Garvey preached “Look to Africa where a black king shall be crowned, he shall be your Redeemer.” This statement became the foundation of the Rastafari movement.

The prophecy was rapidly followed by the crowning of Emperor Haile Selassie I in Ethiopia. Rastafarians see this as the fulfilment of Garvey’s prophecy. The religion takes its name from Haile Selassie’s original name.

Haile Selassie is therefore regarded by Rastafarians as the Black Messiah, Jah Rastafari. He is a figure of salvation and it’s believed he will redeem blacks from white suppressors, reuniting them with their homeland, Africa.

The first branch of Rastafari is believed to have been established in Jamaica in 1935 by Leonard P. Howell.

Howell preached the divinity of Haile Selassie. He explained that all blacks would gain the superiority over whites that had always been intended for them.

Howell’s action encouraged others to help develop and spread the message of Rasta theology, and as E.E. Cashmore explains: