This is the question that has set tongues wagging following several quiet but significant functions by Mudavadi and influential regional leaders. Mudavadi, a former vice president and deputy Prime Minister, has visited Murang’a and Kiambu counties four times in two months and held talks with people close to President Uhuru Kenyatta. Privately he has met several rich and powerful Kikuyu business people in the last three weeks who, according to multiple sources, have pledged to support him in 2022.

Today Mudavadi is expected to host former MPs from Central Kenya to discuss 2022, among other issues. Expected to lead the team is former Cabinet minister and Mukurweini MP Mutahi Kagwe and his Kandara counterpart Joshua Toro, a former assistant minister. Last week the group met Kakamega governor Wycliffe Oparanya in a move insiders say is aimed at reaching out to the Luhyas.

The speculation about Mudavadi began on November 3, when President Uhuru Kenyatta in Nyeri declared that his choice of a successor in 2022 will be a “shocker”, a statement that unsettled Deputy President William Ruto’s supporters in the region and in his Rift Valley backyard. The statement heightened anxiety in Ruto’s camp and some of his allies called it the clearest indication yet that Uhuru may renege on his promise to back Ruto for the country’s top job.

On Saturday November 14, Mudavadi met Jubilee vice chairman and President Kenyatta’s confidant David Murathe for more than seven hours at his (Murathe’s) rural home in Gatanga. The two had earlier attended the burial of renowned businessman Muchai Githu in Shomo village, Gatanga, before retreating to Murathe’s home. On November 17 Mudavadi attended a church service at PCEA Ruaka where he later issued a press statement in support of President Kenyatta’s war on corruption. Last weekend Mudavadi was invited by the PCEA national leadership to address their 120-year anniversary celebrations at PCEA Thogoto.

Though the local MP Kimani Ichungwa was present, the PCEA leadership only invited Mudavadi to address to the congregation. According to church’s tradition, ‘outsiders’ or non-members are never allowed to address such a gathering. Most people in Central Kenya are members of the PCEA church and it previously has played a big role in in deciding the community’s political direction. It is generally understood that some politicians and business people are not comfortable with DP Ruto and are looking for alternatives.

“Central Kenya will decide at the appropriate time who to support. For now we are all helping the President realise his legacy. Any one running around the country campaigning is campaigning against his shadow,” Nyeri Town MP Ngunjiri Wambugu said yesterday. The region, according to Kiambu governor Ferdinand Waititu, is also uncomfortable with ODM leader Raila Odinga taking over from Kenyatta. “You know 2022 is still far off. We are happy Raila is helping the President run the country but we are not sure if he we can trust him with the presidency,” Waititu said. 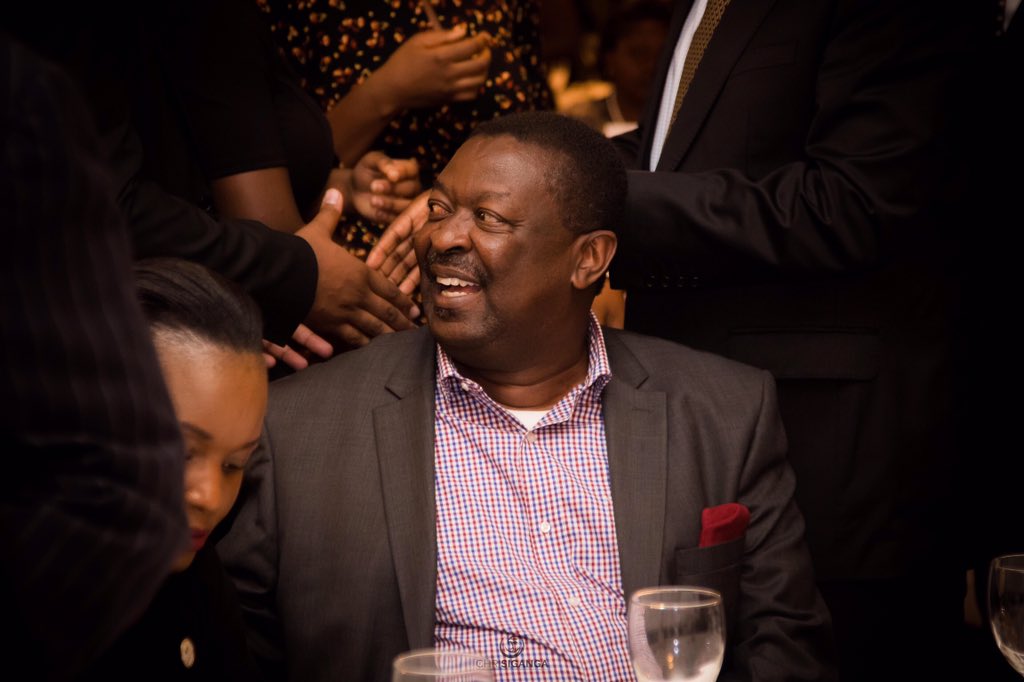 The governor previously campaigned vigorously campaigned for Ruto but reduced his activities with the DP since the President made his remarks about a “shocker”. Ruto had been the presumptive heir at one time. It is understood the plan is to have Mudavadi as the presidential candidate, with a running mate from Central Kenya in return for the Kikuyu support. Central Kenya — which the five counties of Nyandarua, Kiambu, Nyeri, Kirinyaga and Murang’a — had almost eight million voters in 2017.

Ethnicity plays a big role in who becomes President of Kenya, home to more than 40 tribes. The five largest ethnic groups — the Kikuyu, Luhya, Kalenjin, Luo and Kamba — make up nearly 70 per cent of the country’s 40 million population, according to the 2009 Census. As the Constitution bars Kenyatta from again in 2022 having when his second term ends, the six-million-plus million votes in Central are up for grabs. Though Mudavadi believes his closest challenger is Ruto, the former Finance Minister is determined to make inroads in Mt Kenya, which would give him a big boost.

Mudavadi has decided to remain alone in the opposition, after his Nasa colleagues declared their support for Kenyatta. While Raila and Wiper leader Kalonzo Musyoka are now working with Kenyatta and have been given continental jobs, Ford Kenya Leader Moses Wetang’ula has been gravitating towards Ruto.

“We cannot all be in the government. Some of us have to check the government to ensure all Kenyans access good health, transport, security and other services,” Mudavadi said yesterday. He also told off government officials spending a lot of their time talking about 2022 instead of serving Kenyans. “You have some people talking about succession politics, yet elections are four years away. When will they serve the Kenyans who gave them this mandate?” he asked.

Ruto has been crisscrossing the country and yesterday he told his opponents to prepare to concede. Meanwhile a section of leaders from Western Kenya has told the ODM leadership to stop using the March 9 handshake to undermine DP Ruto’s work. The leaders — including MPs Didmus Barasa (Kimilili), Bernard Shinali (Ikolomani), Charles Gimose (Hamisi) and former MP Boni Khalwale — called for respect among leaders, saying the handshake should not be used to abuse or undermine other leaders. Speaking at Shamakhokho in Vihiga county on Sunday, during a thanksgiving party for MCA Rev Douglas Beru, the leaders said Ruto was the principal assistant to President Uhuru Kenyatta who was constitutionally elected.

Ruto, Senate Speaker Kenneth Lusaka and Sports Cabinet secretary Rashid Achesa, Vihiga governor Wilberforce Ottichilo and former Vihiga governor Moses Akaranga also attended. “Leaders should not use the handshake to abuse or undermine the work of the Deputy President. We don’t want confusion. In fact, we want to know what position Mr Raila Odinga holds in this administration that has warranted ODM leaders to behave as if they are part and parcel of this government,” Barasa said.

He told ODM legislators to stop viewing Raila as if he were a co-principal, adding that the Nasa leader lost to President Kenyatta in 2017 and remains an Opposition leader. Khalwale cautioned that the much-publicised unity pact between President Kenyatta and Odinga was destined to collapse if the ODM leadership continued undermining the work of other leaders. “The handshake is purely meant to unite all Kenyans and accelerate development but not to abuse others,” Khalwale said.

Meanwhile, the Deputy President who earlier spoke in the Kitale Show grounds, Trans Nzoia county, asked leaders to be sincere with the electorate on the crop diversification discussion. He asked why some leaders were opposed to diversification meant to end current over-reliance on maize as both a cash and food crop in Rift Valley and Western. Ruto said farmers in traditional maize-growing regions should adopt other crops as good and cash crop alternatives. He said, “We must change our ways, we cannot be fighting year in year out over the price of maize. We must find how we will ensure we have food and crops that earn us money as well.” He added, “If someone tells you to rely on one crop, that person is misleading you. We must think about diversification.”