State House operative Dennis Itumbi says he and Citizen TV journalist Jacque Maribe are just friends, and he is ready to deepen that friendship.  This comes after he was trolled mercilessly for his unwavering support for Jacque Maribe.

“I have enjoyed reading the messages on my inbox, comments on my social media, memes and everything that was happening. I can’t respond to all of them, though,” Itumbi told Massawe on a phone interview. 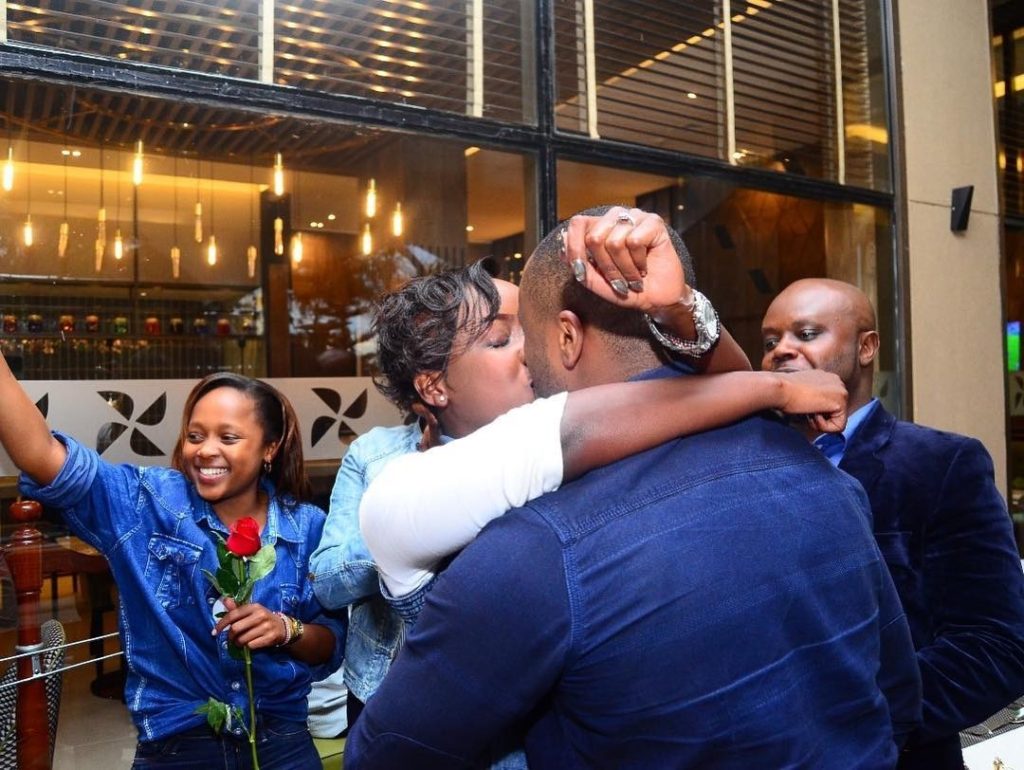 Asked if he is hoping to take the friendship to another level, Itumbi said:

“She is my friend and she will be forever, and I’m glad am there for her. She is a beautiful African lady and any man would want to date her, but for me and her, we are friends and ready to deepen our friendship to go far.

“I am not Jacque Maribe’s ex-boyfriend because we have never been lovers, and she has also answered about those allegations. Our friendship is bigger than lovers and I call those rumours Cinderella stories.

“Jacque has been my friend and I even hosted her baby shower and so many things that we have done together.”

Maribe walked out of Lang’ata Women’s Prison on Wednesday evening. A source privy to the information told Word Is:

“She was released from remand at 6.38pm, and at 6.55pm, Jacque Maribe exited the prison gates.”

Justice James Wakiaga on Tuesday granted Maribe a Sh1 million bail with three sureties. However, Maribe could not immediately leave prison, as verification of surety documents was slow.

Asked how Jacque is doing after leaving prison, Itumbi said:

“I have not communicated to her since then, but what I am sure is she is with her parents. I’m sure she will be resting and picking up the tissues as she awaits to go back to work, because life must continue.”